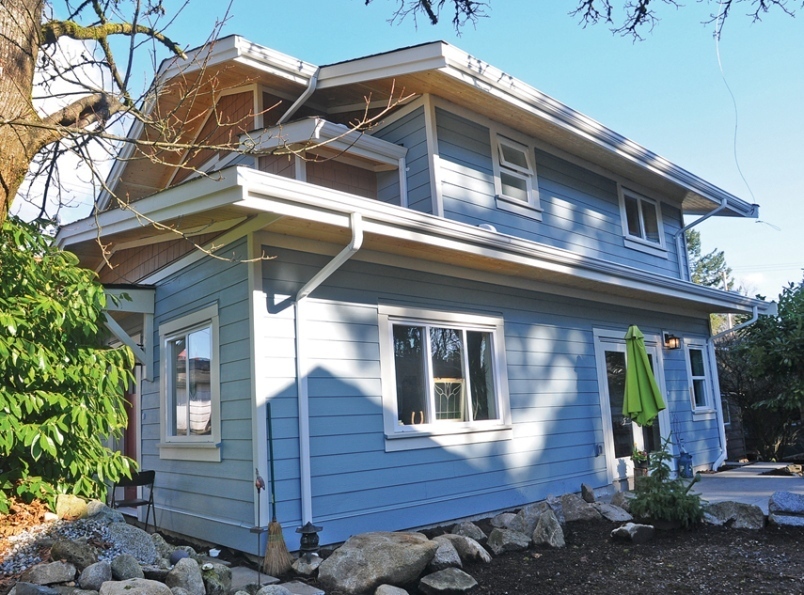 Council voted unanimously Monday to streamline the coach house process and essentially remove themselves from the equation when an owner wants to build a one-storey coach house.

The new process, which received final adoption Monday, applies to owners of lots that are at least 49.2 feet wide.

Owners hoping to build two-storey coach houses or a coach house not on a property with open lanes or a corner lot will still need council’s approval through a development variance permit process.

Coach houses cannot be bigger than 968 square feet and also won’t be allowed on properties where there is already a secondary suite or where a home already has more than one boarder.

Coun. Jordan Back previously suggested that a less complicated system could result in more coach houses.

“I think that they can be an effective housing solution in many cases, particularly for intergenerational housing,” he said.

The City of North Vancouver allows coach houses, which can be as large as 1,000 square feet and as tall as two storeys, on residential lots. Secondary suites are also permitted.

West Vancouver allows either a secondary suite or a coach house. However, one off-street parking spot must be provided for the resident of the coach house. The coach home also has to be 4.9 metres from the main house.