Under: Advice for Buyers, Advice for Sellers, Investing in Real Estate 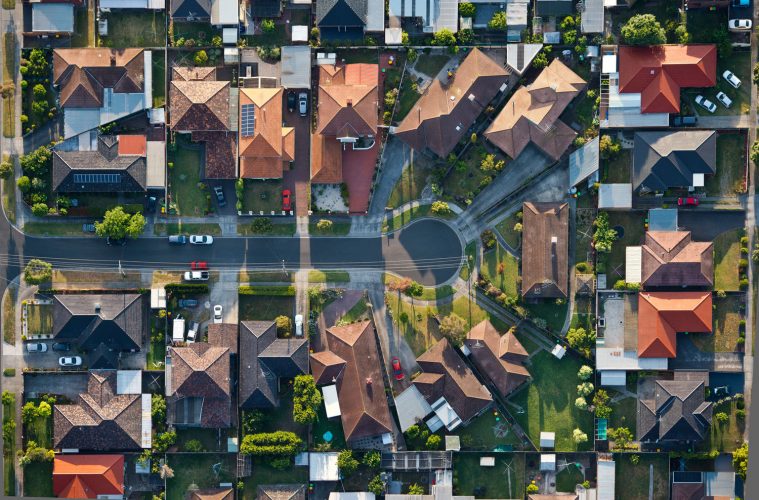 The dramatic rise in Canadian house prices has been making headlines almost daily.

And for good reason: prices in and around the country’s hottest markets, Toronto (and until recently) Vancouver, have been posting double-digit annual gains. In May, prices in Toronto and Vancouver were up year-over-year 29% and 8.8% respectively.

But Canada isn’t the only country experiencing skyrocketing home prices.

Here’s a look at some of the gains over the last four years around the world (data compiled by The Economist):

The IMF’s Global House Price Index, an average of real house prices across countries, is now almost back to its level before the financial crisis. Source: IMF

But the two hottest housing markets are currently Iceland and Hong Kong, which posted annual price increases in Q1 of 17.8% and 14.4%, respectively, according to Knight Frank’s Global House Price Index.

Since 2015, prices in Hong Kong have risen a whopping 236%. If you think Toronto prices are bad, those desperate for a slice of the real estate market in Hong Kong are now paying upwards of US$500,000 for “micro apartments” that measure no more than 161 square feet—just barely large enough to contain a Tesla Model X, as reported by Bloomberg.

Signs are also appearing that other European markets are starting to pick up steam as well. Research firm Global Property Guide reported that in 2016, 18 of the 23 European housing markets that it tracks posted price increases, with some of the strongest gains in Iceland, Ireland (+8%), Romania (+11%), Estonia (+7.4%), and Germany (+6.9%).

Not surprisingly, the largest price gains—in Canada and around the world—are predominantly restricted to the largest cities.

The IMF tracks housing markets in 57 countries and reports its findings in its quarterly Global Housing Watch. The economies are divided into three categories:

“Gloom” – Those where house prices fell substantially during the financial crisis of 2008-09 and have yet to make a turnaround (Brazil, China, Russia, Spain);

“Bust and boom” – Countries that have seen their prices rebound after falling sharply during the financial crisis (Germany, Ireland, Japan, New Zealand, UK, U.S.); and

“Boom” – Countries that saw only a modest drop in home prices through the financial crisis, followed by a quick rebound (Australia, Austria, Mexico, Sweden, Switzerland).

Unsurprisingly, Canada finds itself among the 22 “boom” economies, and has been on the IMF’s radar as prices continue to soar higher.

In a previous report from June 2016, the IMF commented specifically on Canada’s housing market and its level of risk at that time: “Macroprudential policy has been broadly effective in alleviating financial stability risks and reducing tax payer exposure to mortgage finance. Additional macroprudential measures may be needed if housing market vulnerabilities intensify.”

Fast-forward to October 2016 when the Department of Finance did just that and introduced its new mortgage rules, which expanded mortgage stress testing requirements and imposed new restrictions on mortgage insurance.

With home prices in the Greater Toronto Area and Greater Vancouver Areas continuing to rise through the early part of the year (more so in Toronto following Vancouver’s introduction of a 15% foreign buyer’s tax), a new IMF report in May sounded yet another warning:

“(Canada’s) $1.5 trillion mortgage market has been important in sustaining private consumption but households are highly indebted and housing affordability, particularly in Vancouver and Toronto, has become a social issue with many first-time buyers priced out of the markets,” read the IMF report. “Credit ratings of Canada’s six largest banks were lowered recently, reflecting concern that high household debt and the rapid appreciation of house prices could weaken asset quality in the future.”

And back in January the Organisation for Economic Co-operation and Development (OECD) had also commented on the growing risks associated with Canada’s rising home prices.

Catherine Mann, the OECD’s chief economist, said a “number of countries,” including Canada and Sweden, had “very high” commercial and residential property prices that were “not consistent with a stable real estate market.”

Stepping Back from the Doom and Gloom

Despite the rapid increases in global house price, at least one top economist says that in itself isn’t cause for automatic alarm about another global financial crisis.

“This is a time for vigilance, but not panic,” Prakash Loungani, a member of International Monetary Fund’s research department, wrote in a blog post.

He and colleague Hites Ahir argue that the dynamics are different from the housing boom of the 2000s for two reasons:

In its own report on the Canadian housing market, Fitch Ratings, while acknowledging the increasing vulnerability to a steep price correction, said there are key “structural features” that would safeguard a housing crisis like that seen in the U.S.

“Canada is unlikely to mirror the declines and fallout experienced during the U.S. housing crisis due to major differences in the housing and mortgage finance systems,” said Fitch Director Kate Lin, noting that banks are subject to rigorous oversight and regulations that ensure prudent mortgage lending and underwriting standards.

“What’s more, credit quality for Canadian mortgage loans remains strong unlike the drift towards weak borrower and loan quality that we saw a decade ago in the U.S.,” she said.