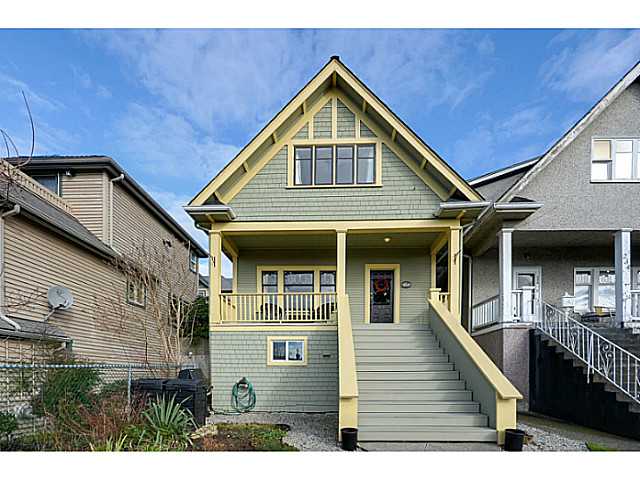 North Vancouver has always seemed like a sanctuary for those fed up with Vancouver’s preoccupation with newer, bigger, more expensive housing.

While Vancouver seems to be on a mission to tear itself down and start over again, North Vancouver, with its ranchers and split levels, has always felt like a trip back in time. It’s the place where you can live in a small house on a big lot and not lose sleep over the size of your mortgage. And it’s within walking distance of some of the best schools, ski hills and mountain biking trails.

Of course, it was a matter of time before the lust for big new houses reached the north shore, and judging from the numbers, that time is now. The median price of a single family home in North Vancouver shot up to $1,042,600 by the end of last year. That’s almost a 10-per-cent increase in one year and a 21-per-cent increase in five years, according to the Real Estate Board of Greater Vancouver. And it may be January, but buyers are out in full force, looking to snap up deals priced under that amount.

“It’s absolutely crazy,” says Shelley Williams, who’s been a real estate agent on the North Shore for 14 years. “Houses are going quickly. If it is in your price range and your area, you’d better get in there because it’s all moving so quickly.”

Ms. Williams has a client who has been trying to get into the market for three years. But when they arrived for the first viewing at the Burrill house, the competition was already fierce.

“You could barely get in the door because of all the shoes,” Ms. Wiliams says.

As it turned out, the floor plan wouldn’t have worked for the client anyway. But with a budget less than $800,000, she couldn’t have competed if it had been the perfect house.

“I think that what’s happened [is] there are more bidding wars because there’s a lot less at the low end of the market,” says client Laurie, who preferred not to give her last name.

Laurie is a single mom with a small daughter and a dog. She’s lived in North Vancouver for many years. When she and her husband separated three years ago, the market worked to their advantage because they sold their Lynn Valley home above asking. Now that she’s looking to buy back into the market, she’s feeling shut out. She wants to live in a house because she is a capable renovator and she could use part of the house as a revenue stream. She’s on the search for an old fixer-upper with two bedrooms up, something that has been lovingly maintained by an older couple that is looking to downsize. But those sweet old houses are now demolition bait for young families looking to upsize.

“A lot of these houses on the lower end of the market are being torn down and monsters are going up. That’s been happening a lot, especially with the houses I’ve had my eyes on. It’s gotten worse in the last year or two, and it’s frustrating. They are perfectly good houses. And this [activity] is pricing people out of the market.”

The buyers who did nab the Burrill house knew that there were eight other offers and they’d have to go in with a strong bid. They offered $850,000 and an hour later their offer had been accepted.

They, too, had missed out on several other deals after more than a year of searching.

“It’s tough on the North Shore to find a house under $1-million,” says Jenn Zacks, who sounded elated with the purchase, and relieved that the pressure was off. “It was a long time coming for us. We went in with no subjects. Knowing that so many other people wanted it, and it’s a great property, and the location is great, we gave everything we could.”

Ms. Zacks has lived on the North Shore her whole life and was determined to buy her first home there. But she and her fiancé, Pete, were getting dejected at the selection. Inventory is low in North Vancouver, which is why good houses are going for over asking.

“Everything else we looked at were tear-down dumps. People wanted close to $2-million for something that needed a complete renovation top to bottom. There’s no way we could afford that,” she says.

“Good friends of mine bought in Lynn Valley five or six years ago and the houses then were going for $500,000, on giant lots. Even in the last two years it’s gone up substantially.”