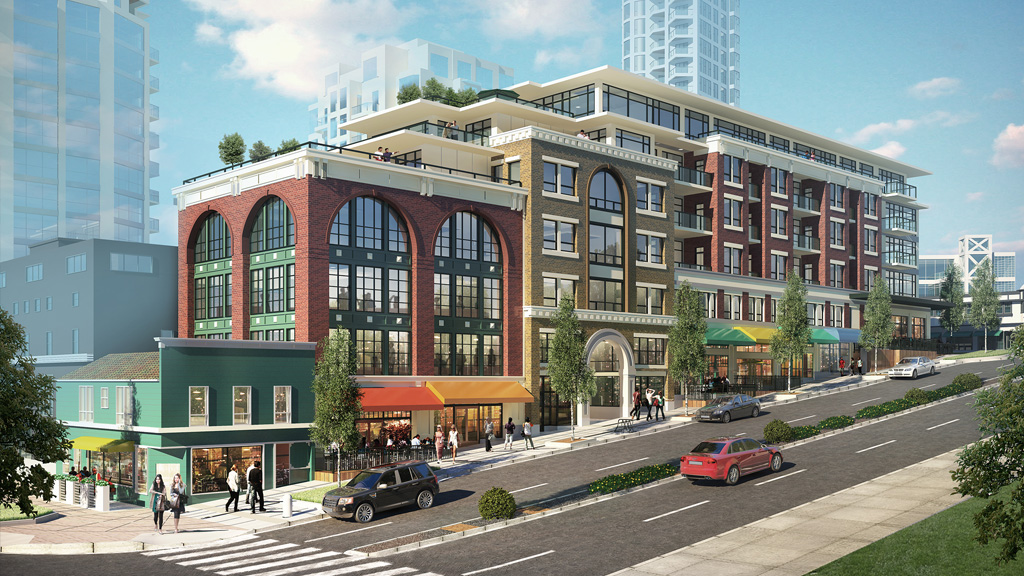 Most builders do their homework before embarking on any development; however, the team behind the Wallace & McDowell project in North Vancouver’s Lower Lonsdale took market research to a new level. And in doing so, they guaranteed its success.

The team is comprised of developer Staburn Group, Pacesetter Marketing, Ventana Construction, and Portico Design Group. Together, they spent countless hours developing a buyer profile database by gathering data through focus groups, surveys and other available demographic information, and utilizing psychographics — the study of personality, values, opinions, attitudes, interests, and lifestyles to determine the best type of home to fulfil its homebuyers’ specific requirements. “From this information, we determined the desire for custom-crafted residences with upscale home finishings. We spent a considerable amount of time selecting unit mix, suite specifications, amenities package and construction details that fulfilled our prospective homebuyers’ aspirations,” says Nick Askew, president of Pacesetter.

Askew says the team then tested its research findings by initially offering only a handful of homes which it termed ‘Platinum’. “We identified that there would be an affluent buyer profile interested in top-floor premium homes and so designed suites that offered upscale interior design package, top-end appliances by Sub-Zero and Wolf, high ceilings and over-sized terraces,” he says. When the first 12 homes were quickly snapped up, the team expanded its Platinum offering to other floors of the 62-home building. In very little time, the homes at Wallace & McDowell sold out completely, making it the fastest selling development in North Vancouver this year!

Askew notes the mixed-use nature of the building, featuring new office space and ground-level retail (including a new Brown’s Social House), added to the attraction for buyers. Staburn took great time to maintain the community feel of the retail and designed flexibility into the retail spaces and their storefronts to allow tenants individuality in their exposure on Lonsdale. Combined with new boutique office space, Wallace & McDowell offered buyers the opportunity to live, work and play all in the same building. “People like the vibrancy of the neighbourhood and the idea that you don’t need a car if you live in Lower Lonsdale,” he says.

Another critical component to the building’s success has been its approach to marketing, which has earned the project a place as a finalist in a number of marketing-related categories in the 2014 Georgie Awards, including: Marketing Campaign of the Year, Best Project Identity, Best Advertising Campaign, and Best Sales Centre. The campaign celebrated the rich heritage of the Lower Lonsdale area; going so far as to name it after two of the area’s founders — Alfred Wallace, who opened a shipyard at Lonsdale and Esplanade, and Marcus McDowell, who, for decades, ran McDowell’s Drug Store at 101 Lonsdale, which will be rehabilitated and preserved on site as a heritage building and will be designated the McDowell Block. “Lower Lonsdale is rich with history and so we followed that overarching theme from architecture to the marketing campaign,” says Askew. “We found archived photos from the turn of the century, studied the features that made it a great community back then, and used those features as the premise of our marketing campaign.” Inspiration for the sales centre came from a photograph of Marcus McDowell behind the counter of his store, so the team designed a sales centre that reflects the design of the original store. Vintage historical elements were prevalent within the sales centre and preserved throughout the development.

“We look forward to building a community landmark in Lower Lonsdale that people can proudly call home,” says Askew.