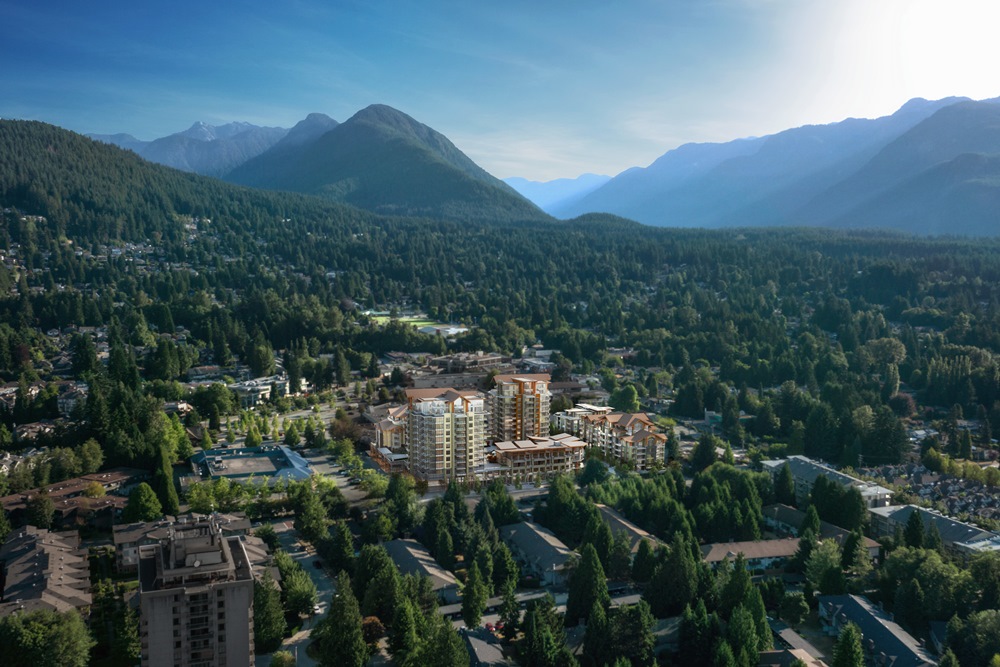 The Residences at Lynn Valley by Bosa Developments.

Last month, as one example, an old four-plex building on West 13th Avenue in Vancouver sold for the equivalent of $840,000 per suite as a condominium developer claimed the 50-foot building lot as part of a potential land assembly.

It is not uncommon for land values along the Cambie corridor to sell for $10 million to $15 million per acre.

In the first six months of 2015, 200 sales of land for multi-family developments (mostly for strata condos and townhouses) were sold in Metro Vancouver, worth a total of $845 million, according to the LandShare Report from Colliers International. The sales are not raw land: they can be existing commercial or residential land assemblies in areas zoned, or expected to be zoned, for higher-density residential.

For example, this spring a developer paid $21.7 million for a Robson Street site of 16,635 square feet. The site has Vancouver city zoning for a FSR (floor-space-ratio) of five, which means that a potential 82,000 square feet of condominiums could be built on the land. The land sale pencils out, therefore, to $286 per buildable square foot.

So, the eventual 500-square-foot-condominium built on the site would have about $150,000 embedded in the price just for the land component. Of course, financing, construction, finishing, marketing and the developer’s profit would also be factored into the final selling price. That explains why the starting price for a new downtown condominium is now more than $1,100 per square foot.

But most new condominiums selling today are based on land values of two or even five years ago when the project was first planned. This means that, with multi-family land values soaring, future condominium prices could be much higher.

As of mid-year, the average per-buildable-square-foot price for a downtown Vancouver high-rise condo tower was from $200 to $250. In East Vancouver, the land component for a high-rise condo was estimated at from $135 to $200 per buildable square foot.

But those prices are so yesterday. The intense competition for multi-family development sites, much of it from offshore, has pushed land prices much higher in the second half of this year. The UDI conference was told that land in some Vancouver neighbourhoods is being bid to $350 or more per buildable square foot.

The message is clear: if you are planning to invest in a condominium, you should buy as soon as possible. The soaring price of land will eventually drive all strata prices higher.