Metro Vancouver home sales were more than a third above the 10-year average in July, while the number of homes listed for sale continues to trend below recent years.

The Real Estate Board of Greater Vancouver (REBGV) reports that residential property sales in Metro Vancouver* reached 3,978 on the Multiple Listing Service® (MLS®) in July 2015. This represents a 30 per cent increase compared to the 3,061 sales recorded in July 2014, and a decrease of 9.1 per cent compared to the 4,375 sales in June 2015.

Last month’s sales were 33.5 per cent above the 10-year sales average for the month.

New listings for detached, attached and apartment properties in Metro Vancouver totalled 5,112 in July. This represents a 3.8 per cent increase compared to the 4,925 new listings reported in July 2014.

“Much of today’s activity can be traced to strong consumer confidence, low interest rates, and a reduced supply of homes for sale.” McLeod said. “We have about 5,000 to 6,000 fewer homes for sale today than we’ve seen at this time of year over the last five to six years,”

The MLS® Home Price Index composite benchmark price for all residential properties in Metro Vancouver is currently $700,500. This represents an 11.2 per cent increase compared to July 2014.

With the sales-to-active-listings ratio at 34.6 per cent, the region remains in seller’s market territory.

“Although there aren’t as many homes for sale today compared to recent years, home buyers continue to have a range of housing options, at different price points, to choose from across Metro Vancouver,” McLeod said. “The diversity of housing options is part of what’s driving today’s demand.”

The following stats package is an update on the North Vancouver housing market including detached, townhome and apartment homes. Lots of useful information including listing activity, sales volume, price trends and specifics on the hottest neighbourhoods. 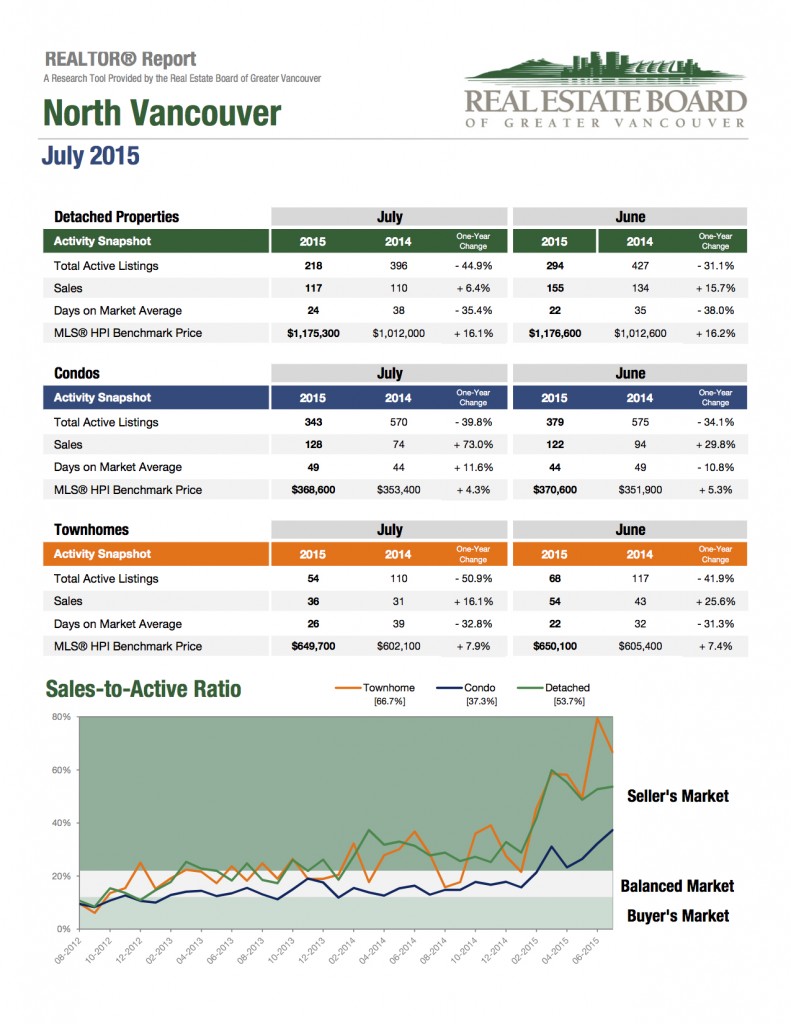 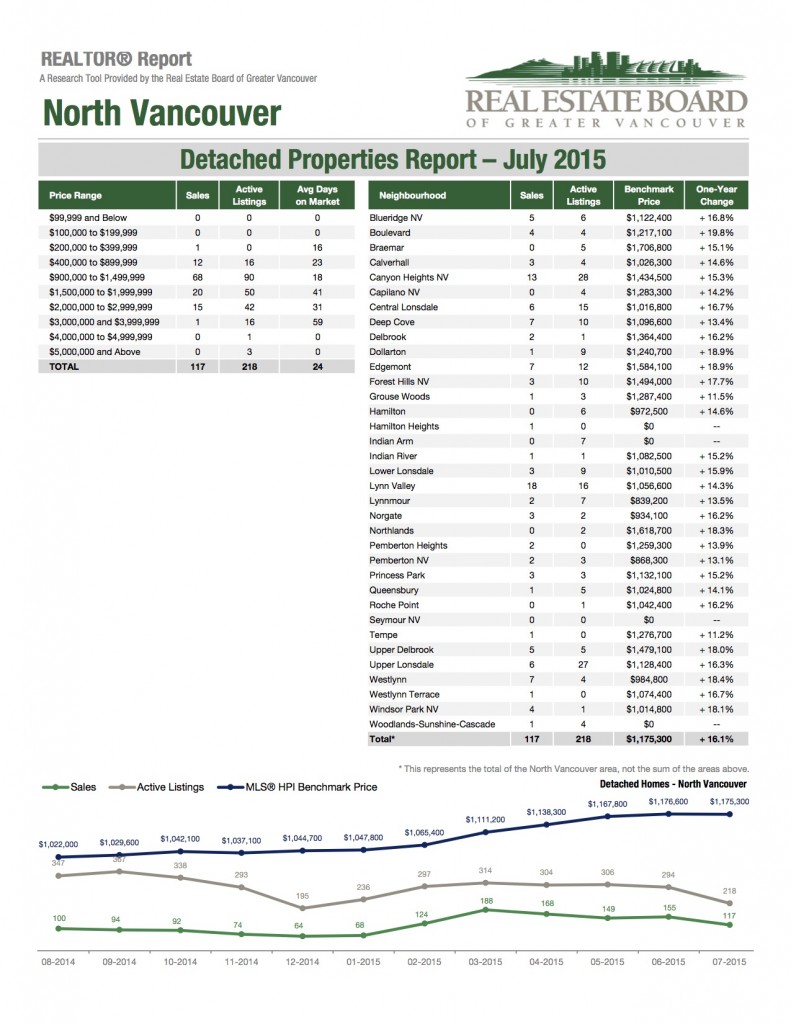 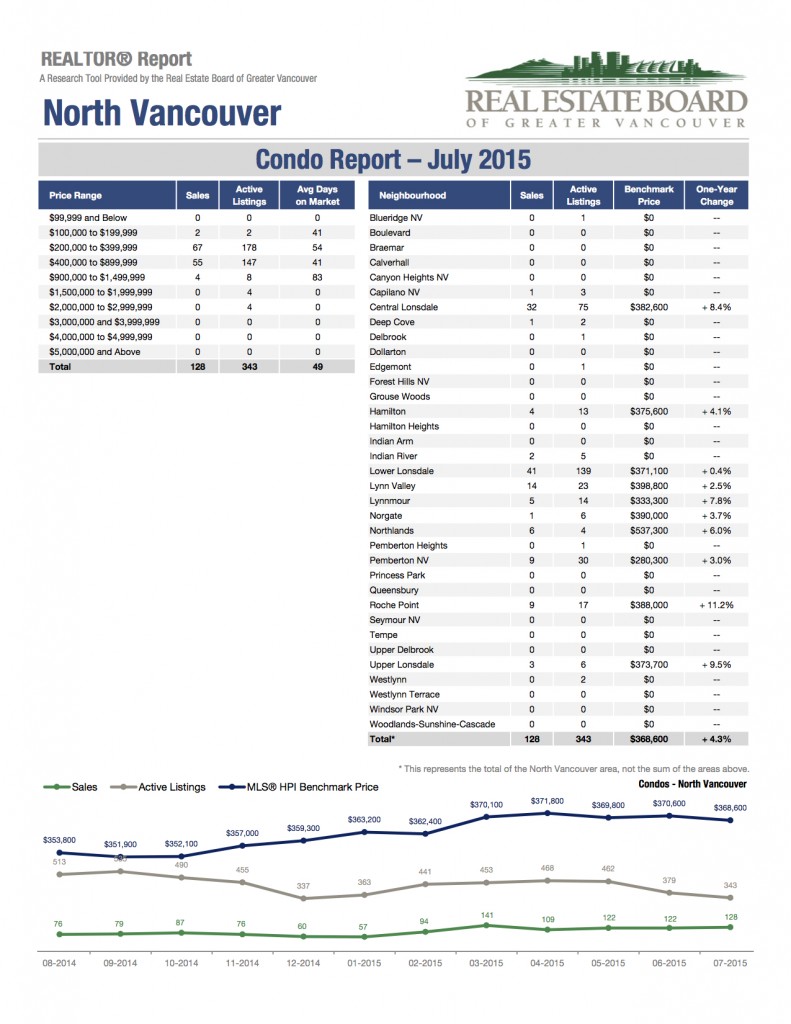 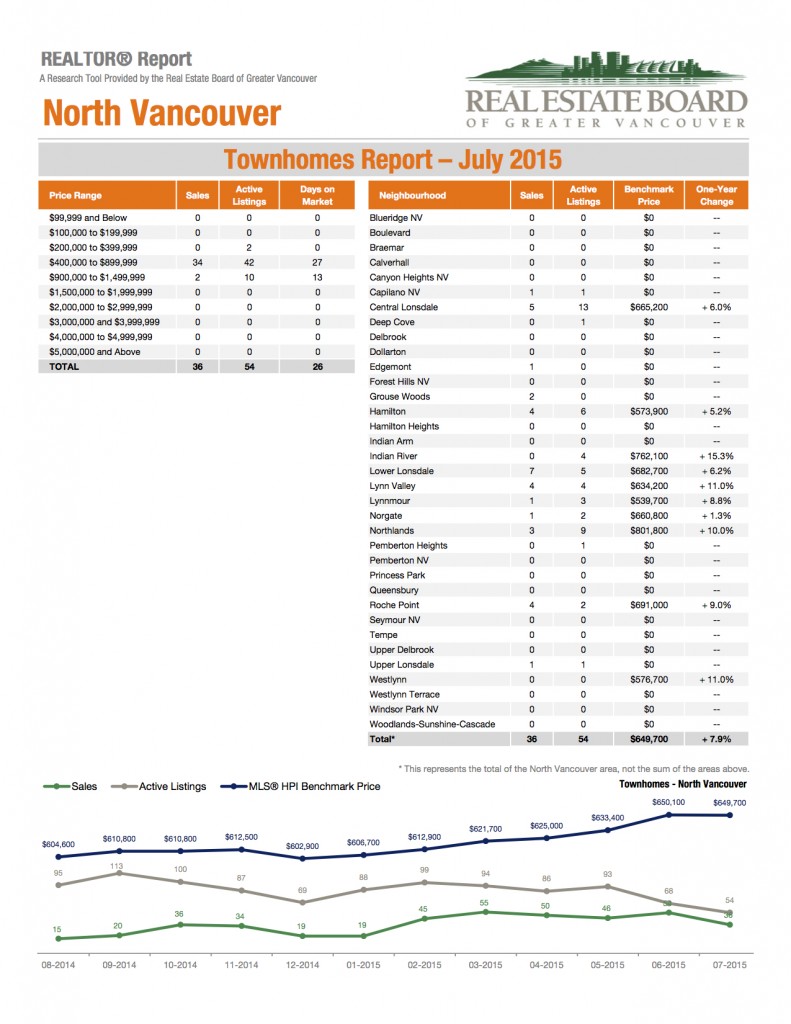 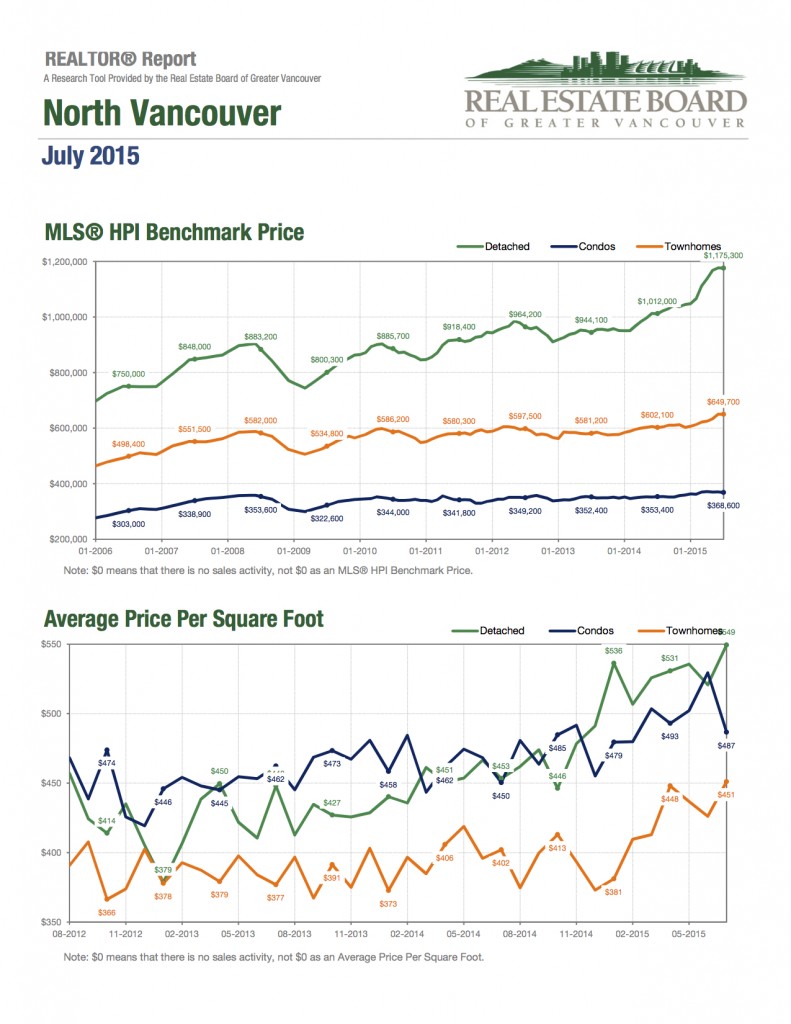