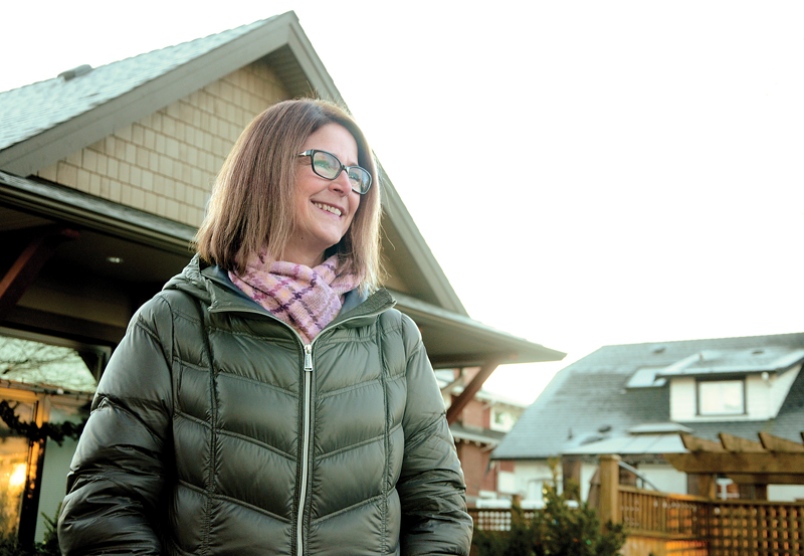 You’re once, twice, three times more likely to find a residence on a single-family lot following the City of North Vancouver’s decision Monday.

But while council was unanimous in deciding to allow a home, secondary suite and a coach house on every single-family lot in the city, there was a little dissension on the move to require two parking spots.

“If you have a coach house, a house, and a suite, to me that’s three vehicles probably 90 per cent of the time,” said Coun. Holly Back.

However, in approving 55 coach houses, the city hasn’t heard any parking concerns, according to community development planner Wendy Tse. She added that a third parking spot could eat up space needed for a coach house.

“Maybe we can look at housing people as a priority as opposed to housing our cars,” said Mayor Darrell Mussatto.

The mayor shared an anecdote about a driver stealing his parking spot, to which his friends replied: “Since when did you buy the street … Mr. Mayor?”

While there may be creative ways to allow for more parking, such as parallel parking in laneways, Mussatto emphasized the importance of creating new housing options. “We know we can’t sprawl … we have to contain our growth.”

The bylaw earned strong support from Alex Boston, who addressed council and called it a “demographic imperative” triggered by “massive depopulation” in single-family neighbourhoods.

Relying on 2011 data from Statistics Canada, Boston made the case that while Canada is largely building the same types of housing as 40 years ago, an increase of empty-nesters has created hollowed-out neighbourhoods.

While half of households in the 1950s and ‘60s included at least three residents, the majority of single-family homes currently accommodate one or two occupants, according to Boston.

Besides creating more affordable housing, the new bylaw will be a boon to the atmosphere, according to Boston, a former policy analyst for the David Suzuki Foundation.

“Every single household you create here reduces the demand in greenfield areas in Surrey and Pitt Meadows,” he said.

The city’s previous policy allowed either a coach house or a secondary suite, but not both.

The uniformity of the city-wide application should prevent major spikes in property value, according to Tse.

Coun. Craig Keating noted that if his own children buy a house, “it won’t be in this neighbourhood and it probably won’t be in the Lower Mainland.”

The city’s vacancy rate is 0.3 per cent – one of the lowest in Metro Vancouver, according to city staff.

“We are a city of renters,” said Don Peters, chairman of the Community Housing Action Committee. “Yet there are few if any vacancies month after month.”

Peters lauded the policy, which he said was necessary to address a bedroom shortfall, the high costs of homeownership and government inaction.

“Our senior governments, who have more resources than you do, seem to have abandoned us for far too long,” he said.

City council clashed on the issue in 2014, with Couns. Linda Buchanan and Keating as well as Mayor Mussatto voting against the proposed official community plan because it prohibited coach houses and secondary suites. Council approved a new OCP in 2015.

While he supported the bylaw, Coun. Rod Clark noted the city was essentially allowing triplexes on each lot. “We’ve created a very dense metropolis.”

Coun. Pam Bookham suggested council introduce policies to ensure homeowners have the capacity to park their cars on their property. “They can’t say that they’re meeting their parking requirement if they’ve filled their garage with stuff.”

The new bylaw allows the homeowner to reside in whichever dwelling they choose, whereas the previous policy specified the owner occupy the main house.

“I like the multi-generational living,” Back said. “I’m not sure that my children will have me, but we’ll see.”

Secondary suites and coach houses can be rented or reserved for family use, but not sold or stratified.