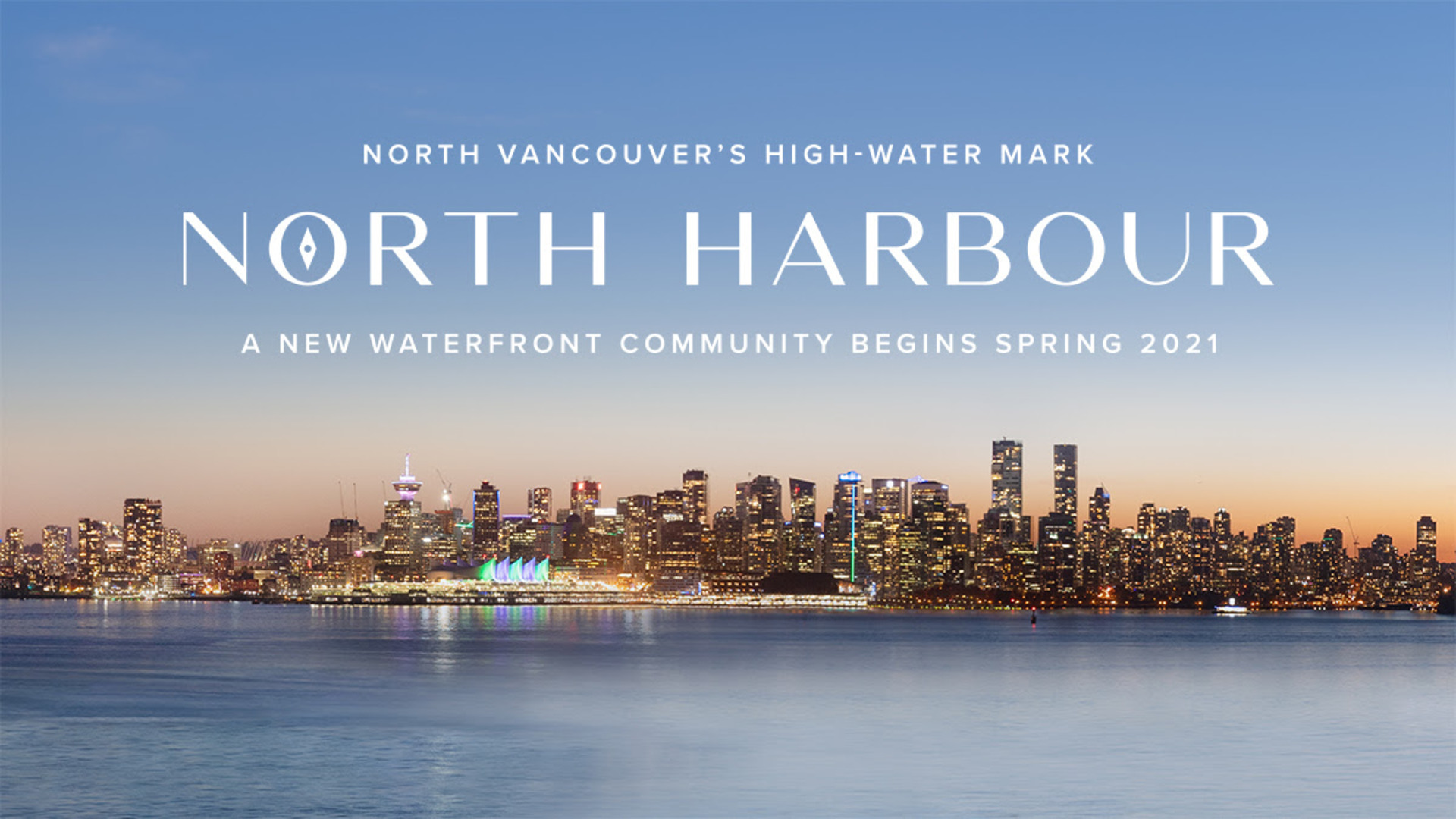 “Concert Properties begins massive North Vancouver development. North Harbour spans a third of a mile of waterfront and will include 290,000 square feet of commercial space and more than 900 homes on the 12-acres site.

A decade after planning began and seven years since it was approved by city council, Concert Properties has started its massive North Harbour waterfront development in North Vancouver, the largest city project in decades.

North Harbour will begin with the development of four buildings at the eastern edge of the community. The first building will include 164 condominiums and townhomes in a nine-storey tower.

As planned, there will be over 700 condominium homes, 110 rental homes in a 10-storey building and 125 seniors housing units, all built under a master plan that could take 10 to 15 years to complete.

The site is located at Fell Avenue and Harbourside Drive along the Burrard Inlet shoreline, and in close proximity to the SeaBus station that links to downtown Vancouver. The area is also home to the public Kings Mill Walk Park, which the city is planning to renew and improve.

The first-phase residential buildings are being built to LEED (Leadership in Energy and Environmental Development) Gold standards and the BC Energy Step Code.

While marketing for the first-phase condominium and townhouses begins this spring, pricing has yet to be released, according to Concert.”